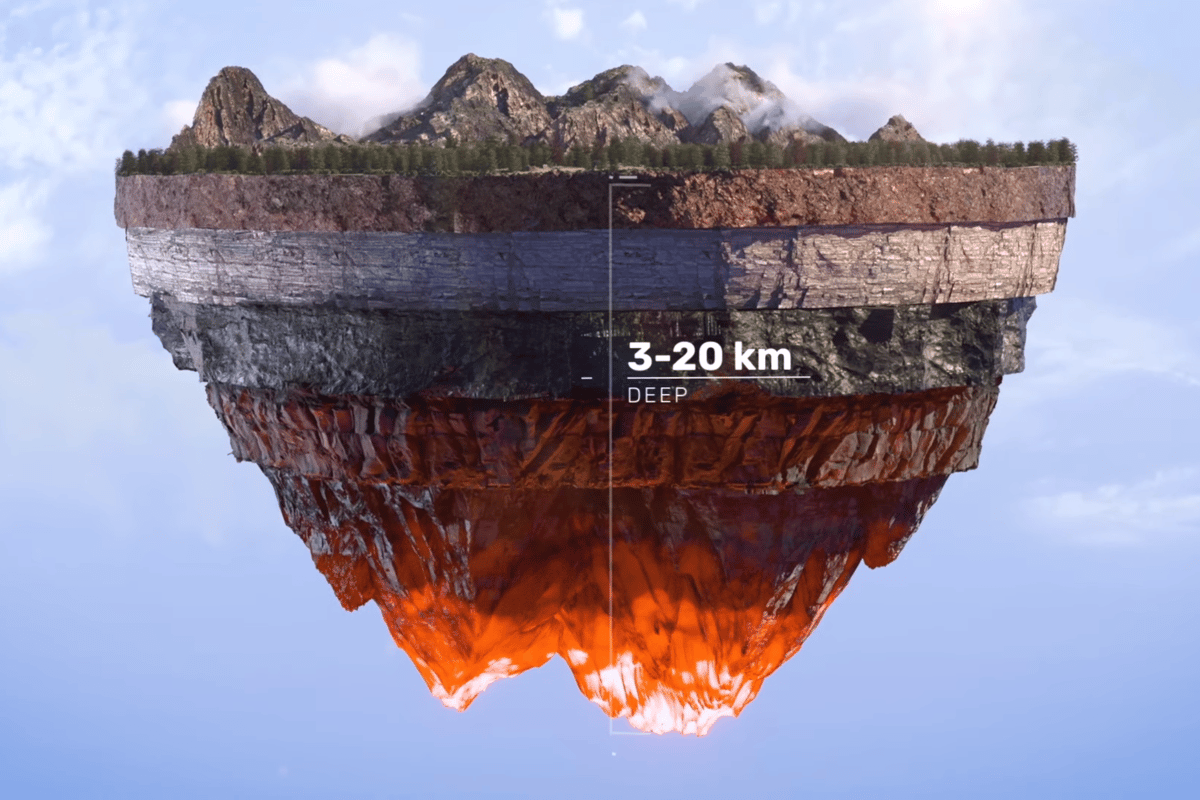 Quaise says it has a plan, and the technology, to drill deeper than ever before and unlock the vast geothermal power of the Earth to re-power fossil-fired electricity plants with green energy

Quaise’s ultra-deep geothermal power plan is one of the most exciting and fascinating green energy projects we’ve seen. In a nutshell, this Boston-based MIT spin-off says it has repurposed powerful millimeter-wave beam technology – originally developed to superheat plasma in fusion experiments – to blast through previously undrillable rock far below the Earth’s surface.

The company says this will allow it to drill bore holes far deeper than has ever previously been possible, going down far enough to access rock temperatures around 500 °C (932 °F). That’s well past the point where water becomes heated to a “supercritical” state that radically boosts the efficiency of geothermal power extraction.

The end result: massive, virtually inexhaustible geothermal energy resources will become available practically anywhere on the planet. More or less any existing power station that uses fossil-fueled heat to create steam and run turbines can be connected to a totally reliable, 24-hour supply of green energy that’ll keep those turbines turning without a single puff of CO2 escaping, and without the worrying intermittency of other renewable sources like wind and solar energy.

It’ll be surprisingly quick, too. The deepest hole humanity has ever drilled to date took nearly 20 years to reach a depth of 12,289 m (40,318 ft), but Quaise says its hybrid drilling rig – using a traditional rotary bit to get through the easy stuff and a gyrotron-powered energy beam to melt, fracture and vaporize the tough stuff – will take just 100 days to deliver you a hole 20 km (12.4 miles) deep. Three and a bit months gets you a long-term green energy supply, in a stable bore hole lined with glassy melted rock, wherever you want it.

The details and history are fascinating, and I thoroughly recommend you read our original story to learn a lot more. But as with any radically disruptive idea like this, enquiring minds are going to have questions. We feel like we can always rely on the New Atlas comment section for interesting perspectives and expert insight, and likewise we can rely on our Facebook commenters to deliver low-effort gags, laughing emojis on COVID and climate change stories, and a steady supply of evidence that anything beyond the headline is about as likely to get read as a terms and conditions page. The duality of man, eh?

So we’ve collected the best – and a few of the worst – questions from both these sources, and put them to Quaise CEO and co-founder Carlos Araque, who was kind enough to get back to us. His lightly edited responses are reproduced below.

Could an earthquake cut off the bore and disable the power station?
Unlikely. Earthquakes rarely disrupt oil and gas wells. These are similar but 3-5x deeper.

How long can these ultra-deep shafts be expected to last?
50-100 years.

Does rock not flow at the temperatures and pressures expected at these depths?
Rock does not do this until you get to the mantle, which is much deeper than what we are doing.

Will a flow of supercritical water provide enough pressure to keep the bore open?
It helps; the bore is vitrified as byproduct of the drilling process and the rock is very competent at those depths, which also helps.

During the directed energy boring process, is it possible for water to enter the bore?
It is possible, but the rock is very impermeable at those depths and the flow rate would be low; any water that enters the wellbore instantly vaporizes.

Could this water be superheated by the mm wave beam, causing high-pressure steam that might damage the equipment?
It will get superheated, but there is nothing to damage. The only downhole equipment is a pipe.

Is it possible that drilling this deep might release magma, effectively creating a man-made volcano? As one commenter put it, “Let’s see what happens when you pop the biggest zit in our solar system.”
This cannot happen. Any magma that comes into such a small hole would solidify in the first few meters. Humans have already done this multiple times, and this is exactly what happens.

If this solution is deployed at scale, could it be possible for the heat released from under the surface to contribute to global warming?
The Earth already leaks 40 TW from within, whether we exist or not. Humanity uses 20 TW, so no.

Could this idea be economically adapted into shallower 1-2-km (0.6-1.2-mile) holes simply to provide warm water for hydronic heating and other purposes?
Certainly, we intend to do that too. This is not just about 20 km; there is plenty of value to unlock starting at 100-meter deep holes.

Is there a possibility that deep drilling of this nature might lead to seismic events similar to what’s been observed with fracking?
Drilling and fracking are different processes. Drilling does not cause seismicity.

Would a millimeter wave beam potentially ignite a pocket of natural gas if it encountered one on the way down?
Gas is located in sedimentary rock. We drill the sedimentary rock using conventional technologies.

Could pulling heat out of the Earth’s core cause excessive global cooling, disrupt the core convection currents or affect the magnetic field?
See the comment on the 40 TW above.

Would it not be cheaper and easier just to access geothermal heat reserves closer to the surface?
Of course; it would also be easier to just access wind and solar. The problem is that there is not enough of it to power the civilization we have created with fossil fuels.

Is the supercritically heated water likely to be highly corrosive to the above-ground equipment?
Yes, but there are many supercritical power stations in use today. The materials exist to handle it.

Couldn’t you just drill into the side of a volcano instead?
Yes, but most humans do not live near one. This is a solution that can work for 95 percent of humanity.

Isn’t that how planet Krypton was destroyed?
No, an explosion destroyed Krypton.

Do you guys not watch disaster movies?
We love them! This is precisely why we need to do this: to avoid a disaster.

Could this unleash the lizard people that inhabit the inner sphere?
How do we know they did not already drill up using this technology and are already amongst us?

Will you be renting out the megawatt-class energy weapon between projects? One user wants to keep it in the car for when people cut him off on the freeway.
No.

Will this wake up the Kaiju?
No.

We thank Carlos Araque and Quaise for taking the time to respond.