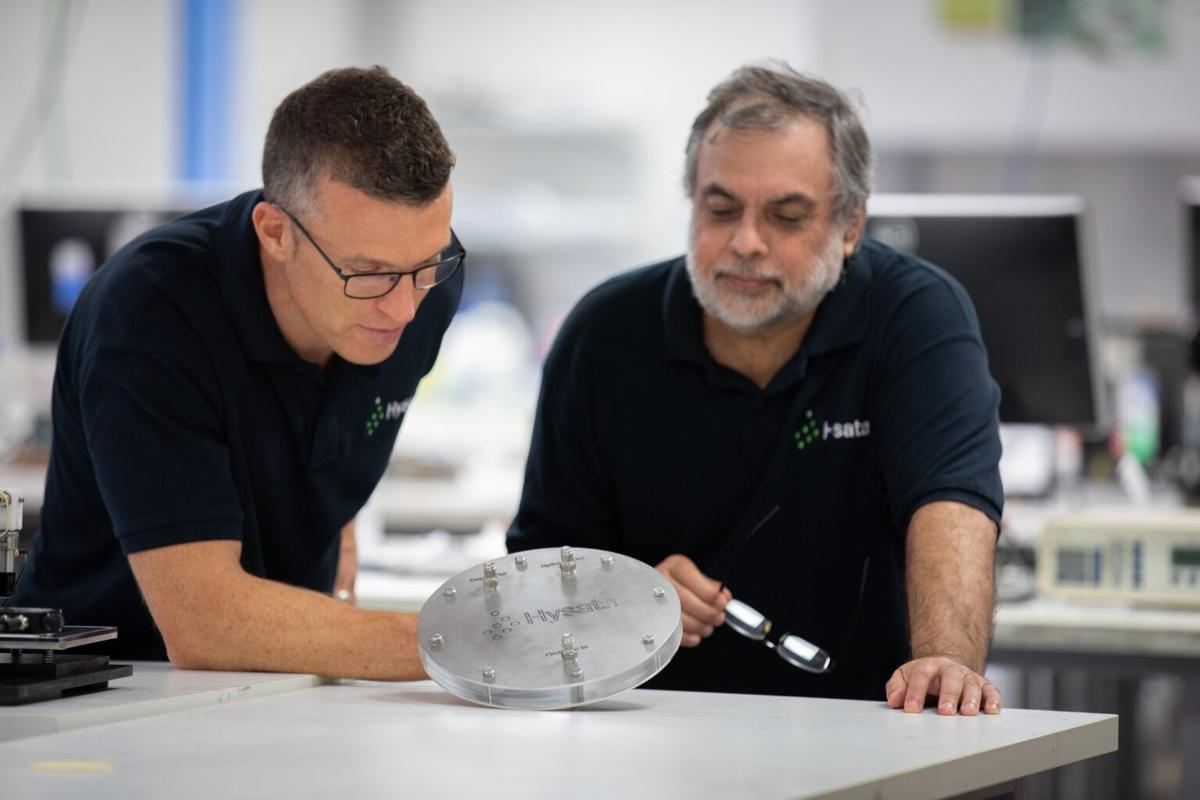 A kilogram of hydrogen holds 39.4 kWh of energy, but typically costs around 52.5 kWh of energy to create via current commercial electrolyzers. Australian company Hysata says its new capillary-fed electrolyzer cell slashes that energy cost to 41.5 kWh, smashing efficiency records while also being cheaper to install and run. The company promises green hydrogen at around US$1.50 per kilogram within just a few years.

Efficiency is one of the big knocks against hydrogen as we move toward a clean energy future. It can store far more energy per weight or volume than batteries, and it supports fast refueling, making it useful in applications where batteries just don’t have the energy density to compete. But where batteries are a highly efficient way to store and release energy, hydrogen seems to throw energy away at every step: electrolysis, storage and transport, conversion back into electricity through a fuel cell … Heck, it even slowly leaks out of a metal tank.

If Hysata’s new electrolyzer technology does what it says on the tin, the efficiency of the electrolysis stage will take a great leap forward, making much better use of precious clean energy. And by generating more hydrogen from a given energy supply, while reducing CAPEX and OPEX expenditures for operators, this equipment could indeed drive the price of green H2 down, perhaps to a point where it becomes competitive with dirty hydrogen, or even fossil fuels.

So how does it work? According to Hysata, it’s all about bubbles. Bubbles in the electrolyte fluid are non-conducting, and they can stick to electrodes and mask them from contact with the fluids they need to touch to do their work. This is clearly a problem, since electrolyzers convert water into H2 and O2 gases.

The way Hysata tells it, early electrolyzers had both electrodes submerged in electrolyte, such that bubbles would form all around them. In the 70s, zero-gap electrolysis brought the anode and cathode directly in contact with the separator membrane, boosting efficiency by only allowing bubbles to form on one side of each electrode. More recently, polymer electrolyte membrane technology allowed the cathode side to run without electrolyte, boosting efficiency again by producing hydrogen gas without bubbling it through a liquid.

Hysata’s capillary-fed electrolyzer cell takes things to the next, and possibly ultimate, level. A reservoir at the bottom of the cell keeps the electrolyte out of contact with both the anode and the cathode until it’s drawn up through a porous, hydrophilic, inter-electrode separator using capillary action. The electrolyte thus has direct contact with the electrodes, but only on one side, and both the hydrogen and oxygen gases are produced directly, without any bubbling to get in the way.

Resistance is further reduced thanks to the fact that there’s no water being drawn to the side of the electrode that’s releasing gas, so the two don’t get in each other’s way, and as the water is electrolyzed out of the separator, capillary action draws more up from the reservoir to replace it.

In a peer-reviewed paper published in Nature Communications, the Hysata team claims its capillary-action electrolyzer cell has been demonstrated at a record-breaking efficiency of 98 percent, vastly better than a “state-of-the-art [presumably asymmetric polymer electrolyte membrane] commercial water electrolyzer” which displayed a cell efficiency of 83 percent. Gas crossover is extremely low – this is critical, since at the right temperatures and concentrations, a hydrogen-air mix can be explosive.

The company says this technology cuts down on extraneous expenses outside the cell as well. There’s no need for liquid circulation, gas-liquid separator tanks, piping, pumps and fittings. This gear can be air-cooled, or radiatively self-cooled, cutting down further capital and operating costs, and should the gravity-limited maximum height of the capillary action prove to be a limiting factor, well, Hysata says you can just pop the reservoir tank on top and have the electrolyte run down the separator instead.

All these factors help to cut down “balance of plant” energy use outside the electrolyzer cell, putting an even bigger gap between this technology and others when looking at overall system efficiency.

“Hysata’s overall electrolyzer system has been designed for ease of manufacturing, scaling and installation, delivering 95 percent overall system efficiency, equivalent to 41.5 kWh/kg, compared to 75 percent or less for existing electrolyzer technologies,” said company CTO Gerry Swiegers in a press release. “For hydrogen producers, this will significantly reduce both the capital and operational costs to produce green hydrogen.”

Swiegers goes on to call this device, “an entirely new category of electrolyzer that is as monumental as the shift from the internal combustion engine to electric motors.”

Hysata CEO Paul Barrett says the company plans to have the technology commercialized and up to “gigawatt-scale hydrogen production capacity by 2025,” at which point he believes US$1.50 per kilogram hydrogen should be possible. Plans are underway to build a pilot electrolyzer manufacturing plant, and the company is hiring “dozens” of people in 2022 as part of the process.

Hydrogen production is expected to skyrocket in the coming years as green H2 finds its place in the tougher sections of a new green energy economy. So there’s definitely a gold rush on, and many expect a squeeze on electrolyzer production as producers race to get their facilities up and running. Under such circumstances, a cheaper, super-efficient electrolyzer will certainly find itself in huge demand, so Hysata might have a monster product on its hands and a chance to make an impressive contribution to the fight against climate change.

Of course, there’s a long race to be run between a published paper and massive commercial success, but with potential upsides like Hysata is claiming, this is clearly a company to keep an eye on.

The research is published in the open-access journal Nature Communications.