It can be used for research, rescue, and to replenish missions. 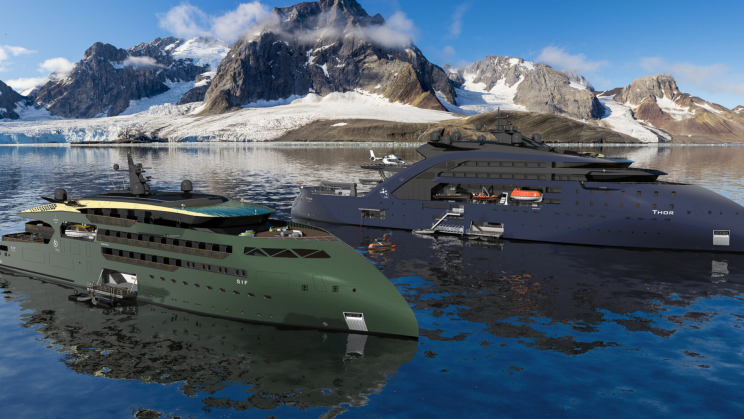 Thor and expedition cruise SIF during a charging operationUlstein

Norwegian maritime solutions company, Ulstein, has unveiled a new vessel concept that holds the potential to deliver zero-emission cruises and other ocean industry applications, the company said in a press release.

For over a century, Ulstein has been involved in designing and building ships and delivering sustainable maritime solutions. The maritime industry is staring at a major overhaul in its bid to electrify transport over the waters, and Ulstein may just have the solution, a molten salt reactor (MSR) that can deliver this vision.

How does a molten salt reactor work?

“MSRs have enormous potential for enabling clean shipping. There is so much uncertainty over future fuels, but here we have an abundant energy source that, with the right approach, can be safe, much more efficient, cheaper, with a smaller environmental footprint than any existing alternative,” noted Jan Emblemsvåg, an expert in the field of thorium and nuclear power generation and a professor at the Norwegian University of Science and Technology said in the press release.

While MSRs have been used to produce power on land, they haven’t been used at sea before, and Ulstein has designed a concept vessel, Thor, to serve as a blueprint for making future electric vessels self-sufficient.

What can Thor do?

The focus of the vessel, however, will be its replenishment role as it will be expected to power expedition cruises not only in remote areas but also in environmentally fragile ones.

Ulstein claims that Thor’s charging capacity has been scaled up to meet the needs of up to four expedition cruises at once, while also being self-sufficient for its own power needs.

For demonstration purposes, Ulstein has also developed an Ice Class expedition vessel called SIF that will be powered by next-generation batteries. The 328 feet (100 m) long expedition vessel has a capacity of 160 members, with 80 members of the crew and 80 passengers and the capability to tread the Arctic and Antarctic waters.

The Thor concept was presented recently at Seatrade Miami.